Google Maps vs Apple Maps: A praiseworthy app against a mishap 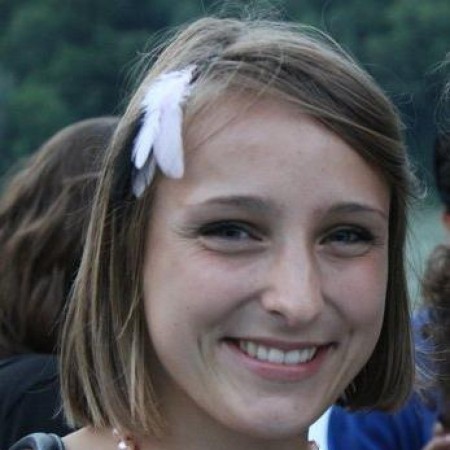 While the myriad of complaints regarding Apple’s new maps app keep conjuring up, there are still a few users who beg to differ on the issue. A user explains that he travelled through a course of over a 2000 mile road trip, passing through four states and the Apple maps app guided him right throughout the trip. The user agrees that the new maps app by the tech goliath is not entirely flawless or even as good as its Google antecedent and counterpart but according to him it works fine in so far as it got him wherever he needed to go, at least for the major part. Despite the overwhelming majority of contending views, the user asserts that in some ways he even finds the new app to be an improvement over the preceding one as it has the additional benefits of auto rerouting and voice navigation.

Apple maps have a multitude of issues; “but”

The user goes so far as to say that he was doubtful as to whether or not the much critiqued Apple Maps app that he was using was the same as the one that others were pointing their finger at, making the Apple inc. CEO apologize formally to the company’s clientele. This particular user had been using the Android Maps application, by Google of course, for three long years ever since its release. With great distances to travel, without owning a car, the user found out the app to be pivotal in making him reach his destinations especially when it came down to alien terrain and regions he was unacquainted with, like several states in the South from Arizona to South Carolina and New England. Google introduced in its smart phones the capacity to dictate out the directions turn by turn, if and when a wrong turn the app would automatically update new directions, a feature previously reserved for GPS navigational systems like the devices from TomTom, Garmin and other companies. One of the highlights of the application has always been the fact that the priceless feature always came free.

Automating rerouting and voice navigation; the essentials for a map app

Even up until a few weeks back, a multitude of major maps apps on Apple app store were the ones created by Google. This invisible hand might have been giving users a sense of direction on the marketplace for Apple users but such apps did not offer automatic rerouting or even voice navigation. Why is this such a huge issue (or for the ones who have the features, such an advantage)? Imagine driving with an app without these features, you would have to constantly sift through several pages of directions on the screen. Users have had various problems stemming from this issue as one user missed a train due to missing out a step that took user the wrong way, on a highway that is basically to square one, as that is where he started the journey.

And Apple takes the initiative

Like all other tech behemoths vying against Google, Apple needed its own voice directions too and the way to get by it was to build its own application for maps, thereby crumbling the throne Google sat on for so long. Apple, therefore, coupled with TomTom in order to launch its own artillery and shipped the new application along with the new iPhone 5. The company also sent out an update making the app available in September for the cell versions of two latest iPads and iPhone 4S. Upon the update, first impressions of many users were good. It felt nice for once to have turn by turn directions as spoken by Siri, the female voice of Apple’s virtual assistant that many have grown used to by now. But then came in the complaints rushing from all sides.

The reality of the struggling new kid in school

We do not have a choice here but to agree with most of them as the ambitious endeavor by Apple did not show as many landmarks and business as its Google counterpart. Some of these appeared to be in the wrong location or were not labeled correctly. Most significant problem for many New Yorkers was the fact that Apple maps did not offer public transit directions. Google’s app on the other hand has several advantages over Apple maps. For starters it is much more responsive and prompts about turns a lot quicker than Apple’s version, also taking into account the fact that sometimes, Siri prefers to keep silent until the user reaches an intersection, which is practically a lane or a couple of them from where a user need to make a turn. There are several reports from users that point to the fact that on private roads, Google allows for much better navigation than Apple. A user reports that Google helped guide him along the right drive ways at a shopping mall to get to a particular location, while all Apple was able to do was to get to the general locality. Similarly, Google got a user to the exact front door of his hotel, while the best Apple was able to pull off was to take the user to the entrance of a complex that led to other hotels, retail stores and a gas station.

Google, Google all the way

Other than the high point of offering public transit directions, Google also offers options for avoiding tolls or highways while driving, along with offering the choice of continuous satellite images instead of animated maps while Apple, as much pride as it takes in its 3 D satellite view, it only offers it for route overview not for live navigation. One point that was initially rubbed in Google’s face was that Siri sounded a lot more human than the earlier voice services that accompanied its early maps, but not anymore! Google now has a voice that makes Siri sound all mechanical and robotic, so the attractive femme fatale of a virtual assistant is even paling in comparison as a seductress for tech geeks.

So, where to from here?

All these points compared, it is safe to assert that Apple maps, for now at least, fall short of what Google maps offer, but only naturally so. If the debate was to be turned around, what Apple maps offer as a new app is way better and more advanced than what Google maps offered when the app was first launched. All the comparisons aside, the fact that Apple offers 3-D views, just like the user were looking outside the windshield is quite appealing. Along with that many users are still of the view that Apple maps are a lot more pleasant to view compared to Google. Well, it is hard to come up with one bottom line to sum up the entire discussion on the issue, but we can ascertain that given the formal apology by Apple regarding its maps, the effort looks promising but it still has miles to go before it can match the years of input Google maps has been receiving that shaped it to its current level. Apple users tend to download a lot of third party apps to make up for whatever the built in app lacks, which puts them in a vulnerable position considering the plethora of iPhone spy apps waiting to be downloaded hiding beneath the cloak of other apps, at least Android users do not have to fear Android spyware in this regard, as the maps they have got are already the best one can have.

Natalia David is a known figure in the field of tech writers. Her informative work regarding technology has been of great help to readers, earning her a large fan following. Readers follow her to keep up with the dynamic field of technology world. You can also follow her on twitter @NataliaDavid4

6 UX Mistakes to Avoid in Your Software

Detailing Your Financial Model: A Plan for Pitching Investors