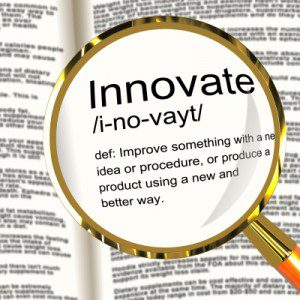 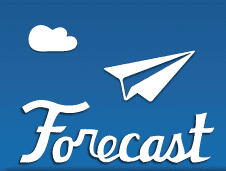 Here’s the awful truth: a good idea is only as good as it sounds in your head. It’s a brutal reality, but in a world where app developers are inundated with pitches delineating “good” ideas that won’t actually make viable products, experienced developers won’t work with just any random budding appster who has yet another “brilliant” concept for an app. If you want to work with developers who aren’t only in it for the paycheck, but are truly passionate about making great apps, your genius idea can’t just sound good to you, your mother, and your dog – it has to sound great to everyone else too.

After you’ve found a developer and narrowed them down to fit your criteria , you need to polish your idea so that it actually sells. To help you make sure your inquiry doesn’t end up in the trash folder and that you get the best developer for your project, here are two key things developers look for in apps they actually want to make.

Merriam-Webster defines “unique” as “being the only one” or “being without a like or equal.” In the app industry vernacular – and in business in general – the term “unique” carries its own meaning. There are over 775,000 apps in the App Store . There are 800,000 in Google Play . Needless to say, a truly “unique” idea for an app is hard to come by.

In the context of your brilliant idea for an app, being “unique” is not just about asking whether such an app already exists (chances are, it does) or, if actually made into an app, yours will be the only one or will be without a like or equal. You can easily find this info by spending some time researching the App Store and Googling such apps. The devil, as they say, is in the details.

If you can answer these questions and communicate them to developers, then you’re halfway there.

2. Is There a Market for This App?

No one wants to make an app that no one will download. It sounds like common sense, but in the midst of all the excitement and promises of app fame and fortune, many fail to do the market research necessary to evaluate their app ideas prior to contacting developers.

Developers want to make apps that have an existing market, whether it’s for professionals, students, children, cats with iPads, or anyone with a mobile device.

The more details you can provide, the better. You don’t need to answer these questions as extensively as you would, say, in a business plan, but you do have to do your research and show developers findings that support your idea. Not only does this tell developers that you’ve put in the work and are serious about this venture, but it also makes their lives easier and your idea sound like a winner.

An idea is just an idea until you take action. What separates good ideas from great ideas is that great ideas are well-researched and effectively communicated to your audience.

Developers want to know more than what your app is all about. They also need to see and “get” your vision. Before approaching developers, answer the questions above and build a mockup to test your concept and visually communicate your ideas. Flesh out the concept in full, both from the developer and consumer standpoints. Identify any problems you may come across, then iron out any wrinkles and anticipate questions developers may ask. It will require a lot of work. It’s challenging. And it’s time consuming. But what great idea isn’t? Think of it this way: a good idea is just a thought, but a great idea is a process. In the end, you’ll end up with a polished idea you can confidently present to developers – and an app you can be proud of. 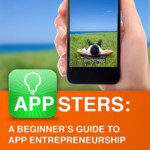 Want to learn more about what separates good ideas from great ideas and how you can perfect your sales pitch? Check out Appsters: A Beginner’s Guide to App Entrepreneurship .