Apple’s CarPlay framework enables iOS app developers to integrate their apps to work within a vehicle’s head unit (or Infotainment system), leveraging the head unit as a user interface (UI) for their apps.

Since its launch in 2014, CarPlay has rapidly grown in popularity – today, it’s now included in 60% of new vehicles in the US. By design, CarPlay allows developers to make their product safer for use in vehicles which should help curb incidents caused by distracted drivers seeing as the whole “abstinence” notion about not using apps while driving has worked as well as it has with preventing teenage pregnancies.

Yet for all its success, there is a dearth of information out there to help app developers learn how to develop CarPlay enabled apps.

At Blue Label Labs, we developed a CarPlay app for iHeartMedia, and in the process we’ve learned a ton about how CarPlay works and what it takes to take an existing podcasting/music player app and bolt on a CarPlay experience to it.

In this post, I hope to demystify what CarPlay is and help other app developers on how to get started with building for CarPlay.

What kinds of apps can be built for CarPlay?

Many iPhone app developers, in particular, might be licking their chops at the possibilities of what they can build into CarPlay, but, before you get too excited, Apple restricts very tightly the types of apps that can be enabled for CarPlay to: 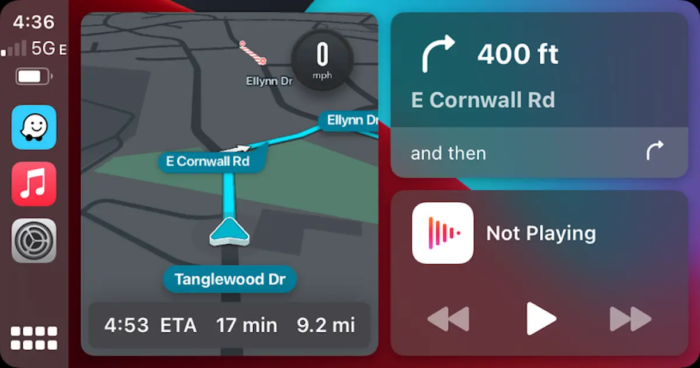 If your app doesn’t fall into one of the above categories, then I am afraid your CarPlay dreams will remain just that.

How does CarPlay work?

Most cars today contain a head unit, the “infotainment system”, which is the central sub-system that controls playing the radio, making calls, performing route navigation.

In addition to this main head unit, cars that are equipped with CarPlay have a separate head unit that lives beside the car’s in built Infotainment system which is responsible for communicating with the connected iOS device and uses that data to display information to the driver and control the vehicle’s hardware.

This is why when you launch CarPlay in a vehicle, it looks and feels like CarPlay is taking over the entire Infotainment experience of the vehicle, because it is essentially doing that (newer vehicles allow for CarPlay to control certain components of the Infotainment system like navigation, while the inbuilt vehicle system handles other systems such as media playing.)

For a deeper explanation in the specific mechanics of how the CarPlay sub-system works alongside a vehicle’s head unit, I recommend reading this fantastic article which breaks it down into much greater detail.

How do CarPlay enabled apps work?

The first thing to understand about building an app for CarPlay is that there is no such thing as a separate CarPlay app, but rather the CarPlay experience is an extension of an app that is running on an iOS device.

Think of CarPlay as an additional user interface to an existing app on the device, one that can accept touch inputs and display results to the user.

Once the CarPlay head unit is active, it forwards touch events from the vehicle’s screens to the iOS device via USB and Bluetooth, where upon the app logic running on the device processes it and returns a result which is then displayed in the car by the CarPlay head unit. 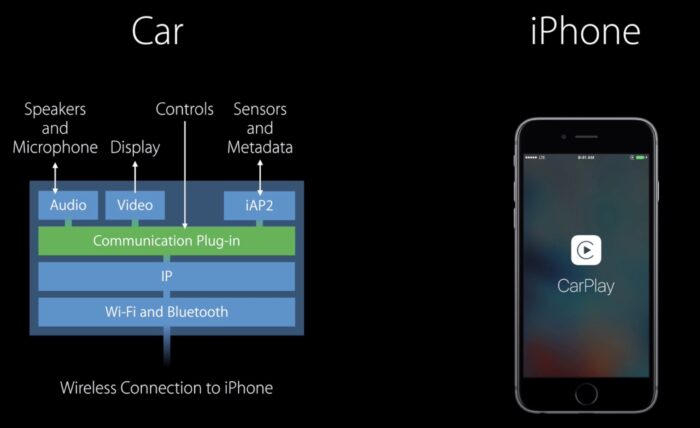 For those of you who built apps for the 1st generation Apple Watch, this whole approach might sound oddly familiar to that experience, because it is: there is no app code running within the vehicle’s head unit, it’s running within the app on the device, which means it’s able to access and share the same memory and other resources contained within the main iOS app’s running container.

How much work does it take to add CarPlay support to an app?

If you have an existing app that falls into one of the categories we mentioned before, building a CarPlay experience for the app is generally not a lot of work, because of the strict rails Apple puts in place for the UI a CarPlay enabled app can expose to a user.

Building for CarPlay doesn’t mean you can build any type of interface like one would for a native iOS app.

CarPlay provides a set of fixed UI templates and controls that all CarPlay enabled apps must conform to, and within that already minimal set Apple further restricts which templates can be used depending on the app type being built. 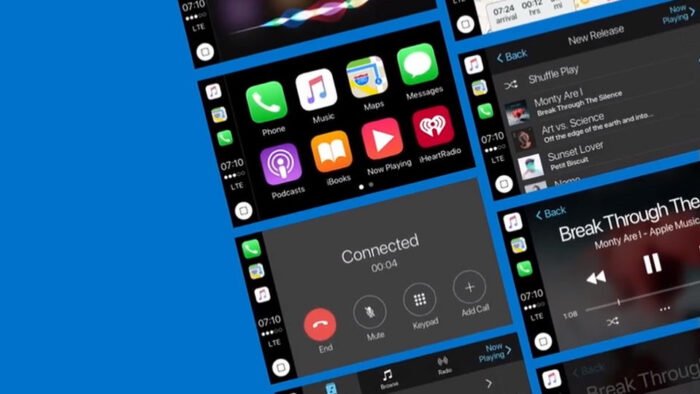 Thus, the fact that there is a very limited palette of UI controls available to display and that the CarPlay components can leverage the same underlying infrastructure of the existing app makes adding CarPlay functionality a relatively straightforward exercise.

How much UI customization is available to a CarPlay enabled app?

For a podcast or music player app, Apple controls very strictly the UI displayed in the vehicle’s screen allowing almost no customization of the template provided.

For a music player, CarPlay restricts apps to a tab-based navigation flow, with each tab being populated by a simple list of tracks, and a canned ‘Now Playing’ screen in which the only control the app has is to customize the functions of each button CarPlay displays.

A music player app can only have those screens, built to the exact same layout, no more or no less.

The lack of flexibility afforded to music players within CarPlay actually makes it very easy to adopt an existing iOS music player app for CarPlay, essentially boiling down simply returning the right list of tracks based on the tab selected by the user and then handling the touch inputs for the ‘Now Playing’ screen.

On the flip side, a Navigation app is afforded much more freedom by CarPlay to customize the UI and how information is displayed to the user, which would require significantly more work to develop a CarPlay experience for than a music player.

The greatest flexibility is offered to vehicle manufacturers, who are given free reign to customize the CarPlay UI as they wish. 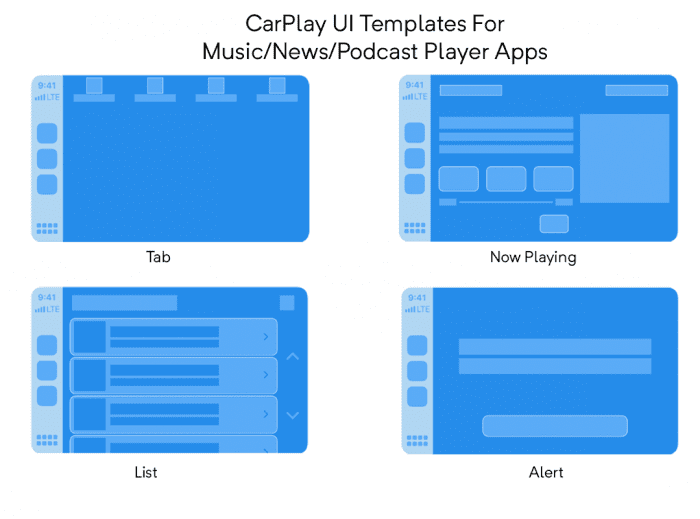 In the following chart you can see each of the available CarPlay UI templates and the app types which are supported for each:

Steps to Get Started Developing for CarPlay

To get started building a CarPlay experience for a iOS apps, here are the following high-level steps to follow:

Building a CarPlay enabled app is a relatively straightforward exercise for an experienced iOS developer.

The most difficult parts of the whole process is the paperwork and approvals necessary to jump through Apple’s approval process followed by the on-device testing to ensure the app behaves appropriately on an actual hardware head unit.

Our team learned a ton about not only how CarPlay works but also how the Infotainment systems within modern vehicles behave.

If you are looking to build a CarPlay enabled experience for your app, you can reach out to us to see how we can help bring your app to life inside of a vehicle.

The State of Apps in Media & Entertainment [2022 Trends]

Over the past decade, consumers all over the world have “cut the cord” in favor of app-based entertainment – if you Google it, you’ll see that cable still exists but…