7 Apps to Make You More Productive During Your Commute

The word ‘commute’, by definition is to “travel some distance between one’s home and place of work on a regular basis”. Effectively, commuting is the literal and figurative bridge between your precious relaxation time and the time in which you count down the clock until you go home back to it (whilst getting paid in the process, of course) but you have to consider – is it beneficial for me to treat commuting like the neither here nor there travel time that it is, using that time to play Angry Birds as I wait to get to my destination?

Or can it be used productively, actually preparing me for my day of work and making your job a lot easier, rather than putting me in an unhelpful mindset that will continue once I get there? It can absolutely be used well and you can find out how with the apps below. 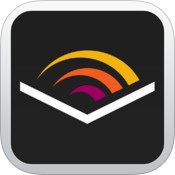 Maybe you’ve tried Flipboard and maybe you really like curating and reading lots of articles but maybe you’d also like to listen to them. For a lot of people, seeing or watching something isn’t always the most efficient way of taking the information in, so it’s lucky then that Umano exists to deliver it straight to your eardrums with a gentle, human voice.

Eschewing the Google Translate readout voice that’s been mocked many a time on the Internet, Umano’s vast article library is narrated by humans and at the incredibly low cost of nothing (that’s right, it’s free), it’s a worthy investment. 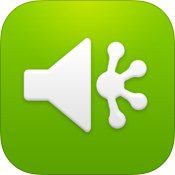 If you’re finding Umano’s content offerings a little lacking then maybe SoundGecko will be more for you as it allows you turn any piece of news or any website into an audio file instantly, making it a ‘find it now, listen to it later’ alternative to Umano’s ‘discover it now, listen to it now too’ suggestion.

SoundGecko is also free but it offers the SoundGecko Pro service for $2.95 a month which brings with it the ability to convert site’s RSS feeds to audio as well as PDF to audio support. 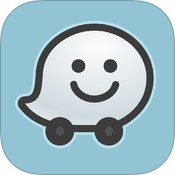 Waze will certainly improve your work life but perhaps not in the way that you expect. The Waze app is a crowdsourced traffic advisor, which can help you get to work (and home) on time to cut down fuel costs and minimise time that you would have otherwise wasted by navigating frustrating traffic jams and roadworks since, y’know, your fellow drivers will have navigated them for you and let you know about it!

Waze also boasts the title of being the “world’s largest community-based traffic and navigation app” and as it’s free it could be very useful indeed. 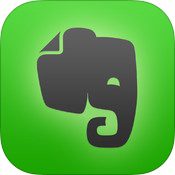 Perhaps it’s obvious to include Evernote on this list, but frankly, there are people who still haven’t latched onto the incredible help that this app can provide. Got a long meeting? Evernote your talking points. Seen something you can use as inspiration at work? Snap a quick photo and write a note about why it inspired you in the first place.

Do you simply just have some important data on your phone and want to quickly get it onto your work computer, your tablet and anywhere else you might need it? It’s a good job that Evernote syncs across all of your devices then. Evernote is the quintessential app for commuters and it just so happens to be free. 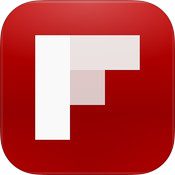 Usually regarded as ‘an alternative to magazines’ as well as a ‘timewaster’, Flipboard lets you create tons of content from across the web based on your personal tastes. Including both the biggest names and publications in the media as well as smaller sites with just as valuable gems, Flipboard can help you keep up to date with info from your business’ industry as well as tips and tricks that you might not have heard of. It’s a useful tool as much as a reading app and it too is free.

Another audio based service on this list, Audible differentiates itself because it offers neither article or website narration – instead it gives you entire books. Sitting on the train in a cramped car carriage or even driving your own car on the way to work are hardly the most convenient places to catch up on some light reading so let Audible do most of the work for you.

Choosing a book from their library and hitting ‘play’ (and maybe plugging in your headphones if you don’t want to annoy your fellow commuters) is all you’ll have to do and while it’s not entirely free, Audible does come with a 30 day free trial so you can at least decide for yourself whether paying for the service is worth it. 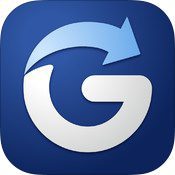 Glympse is neither a traffic nor a mapping app – at least not in the traditional sense, anyway. What Glympse actually lets you do is share your location in real time with those who you have let in on the information.

Say, you’re on your way to work but for some reason, a griffin has flown down, swooped you up with its claws and deposited you (safely) on the other side of the city. Seem implausible? Well it might on paper but at least with Glympse you could prove that that happened to you and as it’s free, it looks to be the easiest and most convenient way to explain to your boss just why you were late to work that day.

Apps are a big part of what we do here – like everyone else, the people working here all have unique preferences for different products on the market between work…

A Deep-dive Review of the MasterClass App

MasterClass is a streaming app with an educational focus that provides lessons from world-class talent on a variety of topics. With instructors like Martin Scorsese, Natalie Portman, and Steve Martin…