Taking on an industry that has been running the same way for years, Avocarrot is looking to start an advertising revolution. We’ve spoken to Conno Christou, co-founder of the company, about Avocarrot’s quest to change things for the better.

As a team that works to bring interactive and non-obtrusive advertisements to mobile apps, partnering with developers to “help them monetize US and partial European audiences”, Avocarrot is changing things up on a large, global scale. But this team, with the ingenious idea of offering branded incentives, such as a free drink for completing an in-game challenge, as opposed to oftentimes annoying banner ads, had humble beginnings, with the team having potential as developers themselves, before this was ignited by an incredible idea.

Conno Christou, one of the founders of Avocarrot explains the company’s foundations as so, “The idea originated from [the team’s] own needs and problems. As mobile app developers [themselves, they] have been developing mobile apps for a few years and [they] thought that traditional mobile monetization solutions such as banner ads were ineffective for [their] products. [Avocarrot] also thought that there [had] to be a better way to do mobile monetization that would be less intrusive for the user and hence more engaging.” And as it turns out, those developers were absolutely right, with the concept of “transforming offers into native in-app rewards for mobile users” being right on the money. 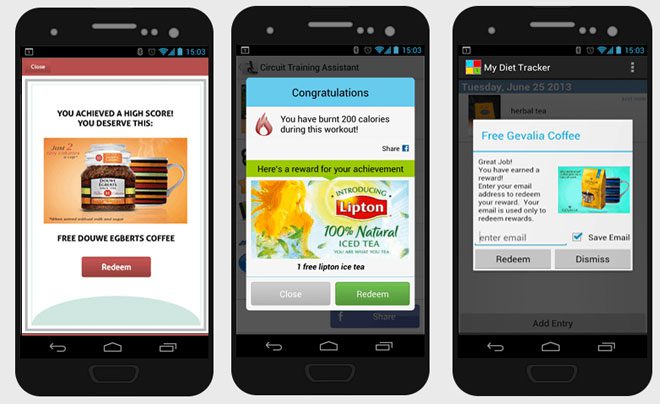 And, speaking of money, Avocarrot can do great things for developers, publishers and consumers, with the latter being the most important piece of the equation, given that “user experience”, in addition to “timing and relevance” being the “3 key areas [Avocarrot] focus on creating meaningful engagements between brands and user”, Christou tells me. Developers, however, have the chance to make more money than the ineffective methods of old, which saw them only getting paid if a user clicked (whether they meant to or not) on an advertisement. Frankly, this was beneficial for very few people, least of all a user, who mostly just wants to play their game. What Avocarrot does, as Christou explains, is to result in “higher earnings for apps” due to “higher eCPMs than other solutions due to the higher engagement rates, but also they see significant boosts on user engagement and retention” the latter no doubt because of users willing to keep on playing a game that can offer them real life rewards in a way that doesn’t distract from the app or game at hand.

Proof of Avocarrot’s success is very much in the pudding as, in addition to the “extremely fast growth in both apps and brands” which Christou rightly says “shows the need in the market and also the effectiveness of [Avocarrot]”, the fact that brands such as Unilever, Nivea and the unavoidable coffee brand, Starbucks, all have campaigns with Avocarrot is something that says it all. These are exactly the kinds of companies that users across all types of apps want to get freebies from, and will likely even welcome these types of ads into their user experiences, especially in the way that Avocarrot presents them.

What next for the company that wants to change mobile advertisements as we know them, for good? Continuing to help developers, publishers and, of course, the users, get more relevant advertising experiences, Christou says that the “Next step is to help developers monetize more audiences than the ones [that Avocarrot] currently do and on top of that [they] are about to release complimentary, innovative ad-formats very soon for brands to communicate with customers on mobile without disrupting UX.” So, whether you’re an app-maker, brand or a user of apps, you will definitely want to stay tuned.