How To Monetize An App: App Economics 101

The Best Ways To Monetize Your App

Two app developers walk into a bar. It sounds like the start of a really bad joke, but hear me out. One has a free app, and the other charges $4.99 just to download it. Which one makes more money?

Consider this: While there are plenty of successful paid apps out there, free apps make much more than paid apps do any day of the week.

If you’re thinking about creating an app, here’s a crash course on how to monetize an app and why free apps may or may not be for you.

The easiest and most straight-forward way to monetize an app is to charge for it. The great thing about paid downloads is that you will begin seeing your earnings as soon as people download your app. The bad thing is that you’ll have to work harder to market it – most users expect basic apps to only cost 99 cents, so you’ll need tens of thousands of downloads before you actually begin to see a return. For utility apps and more complex gaming apps, expect to charge between $2.99-$4.99.

How to Monetize Free Apps

While the prospects of paid apps are very tempting, the reality is that nobody likes to pay for apps. Unless they reallyreallyreally have to. Free apps rule app stores because it’s a win-win situation – users don’t have to pay anything up front, while developers get the exposure they need.

There are two ways free apps make money: advertisers pay you via display ads, or users do with ‘freemium’ downloads, in-app purchases or subscription services.

Display ads mean big bucks for mobile app developers looking to monetize. According to the Interactive Advertising Bureau, advertisers spent $12.9 billion on mobile ads in 2020, up from $11 billion in 2019. Display ads range from banner ads (graphic blocks of advertisements) placed on top or bottom of the screen to full screen ads (including videos) while the app is launching or in between use (between game levels, for instance).

Unfortunately, mobile display ads are declining in popularity. Here are the three different mobile ad models and why advertisers are beginning to turn away:

An innovative way to integrate display ads to monetize your app is by partnering with in-app advertisers. This can be in the form of a sponsorship (e.g., “Sponsored by” or “Brought to you by” followed by the advertiser’s logo) or by integrating their products into the app. Waze, a social GPS app, works with retailers and merchants by allowing them to list their businesses and special offers to nearby consumers using the app. With a little bit of creativity and business savvy, you can implement similar strategies too.

Here’s a fun little trade secret: people are more willing to pay for an app once they’ve tried it themselves. Whether it’s because they’ve grown dependent on the app or they just can’t put a game down, people always spend more on upgrading freemium apps than on apps they can’t download for free. This can be a great way to monetize. 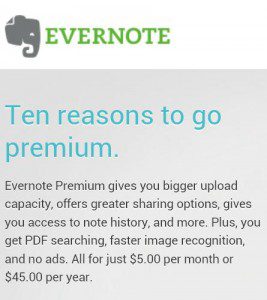 Why it works:
Freemium apps get the best of both worlds: the same potential downloads as free apps, while being able to combine multiple monetization strategies. You can even add on various upgrades and functionalities as users grow. Most of all, freemium apps cater to user sensibilities by giving them freedom from hard sells and allowing them to wait until they are ready to buy.

What do you think? Which monetization strategy works best for your app?