What Is Play-to-Earn? A Look At This Exciting Emerging Economy

A “play-to-earn” economy sounds like a narrative element from some new sci-fi dramedy but the reality is that blockchain and valuable NFTs are empowering a new kind of digital economy. Even though a sizable number of people have at least a little crypto sitting around, a lot of this is still new to many of us.

In the following, we’re going to explain what these technologies are and how they’re empowering and evolving certain marketplaces.

What is an NFT?

An NFT is simply a non-fungible token, of course!

Admittedly, the name isn’t intuitive and how they were introduced to the public makes the idea seem kind of pointless.

Behold, the first-ever NFT to be sold:

That GIF that looks like it fell out of a TOOL music video is called “Quantum” by artist Kevin McCoy and it sold at an auction last year for a cool $1.47 million. As you can see, this particular example is just an image that you can easily look at on the web whenever you feel like it.

You could say that an NFT is like crypto for art; however, this process of “minting” a digital object can extend far beyond short clips that resemble 90s screensavers. Much like cryptocurrency, transactions are publicly recorded on the blockchain (Quantum used Namecoin) where the user interfaces with their assets using one or more private keys. Blockchain both encrypts data of its contents by nature and establishes ownership as everything that happens on the blockchain has to be recorded by design.

This makes NFTs a viable way for individuals to “own” digital objects, like cryptocurrency, on a decentralized storage network (i.e., the blockchain) where the data can’t be altered or copied unless done so through a blockchain transaction. Unlike data stored in a database that can be altered at will with the correct permissions, content can’t be easily edited and, in some cases, even viewed depending on the design of the blockchain.

This opens up the door up for much more than art such as land in metaverse worlds, digital items (e.g., a lamp for your digital home, a unique adornment for your avatar, etc.), a real-world item that has digital counterparts like the upcoming luxury watch line from TKKR that comes with an NFT portion that verifies the authenticity of the product and includes a digital model of the item.

As you can see, there are a bunch of cool things you can do with blockchain and NFTs.

This makes the NFT the first viable solution for tracking and securing unique digital objects that’s nearly impervious. Let’s take a look at one specific example to demonstrate how NFTs can be used to drive a couple of play-to-earn games.

No, sentient arcade overlords aren’t enslaving humans and forcing us to play twisted games like some mashup of The Hunger Games and Wreck-It Ralph. It’s almost stranger, in a sense, as it’s like our technology has grown up and gotten a job.

While cryptocurrencies themselves mostly have no intrinsic value (except scarcity), the underlying blockchains are valuable – for example, Ethereum’s blockchain is designed for both maintaining a decentralized payment network and a tamper-proof system for storing financial contracts. The latter is what powers NFTs and is a key component of decentralized play-to-earn platforms.

A play-to-earn design differs from pay-to-play or freemium models as users are essentially rewarded for completing activities as they would in a free or paid app.

Often, there is an initial investment cost such as we see in Axie Infinity where you first need to purchase the AXS and SLP assets with fiat or another cryptocurrency to get started. Most user actions in the game take the form of a transaction that ultimately contributes to the underlying ecosystem by creating more NFTs and tokens.

Up until this point in time, very few apps have managed to generate functioning economies with digital items that transpose to something of value in the real world or another virtual world, with some exceptions.

Certain games like Roblox offers players an opportunity to earn real currency in the game by publishing games created by the players using the provided, highly-robust game designing tools. The in-game currency known as Robux is distributed to players based on the popularity of their game and once enough is accrued, it can be cashed out for actual cash or spent on more assets within the game ecosystem. These can be assets that work more like an investment that will help the player accrue more Robux in time or simply spent on items for entertainment. 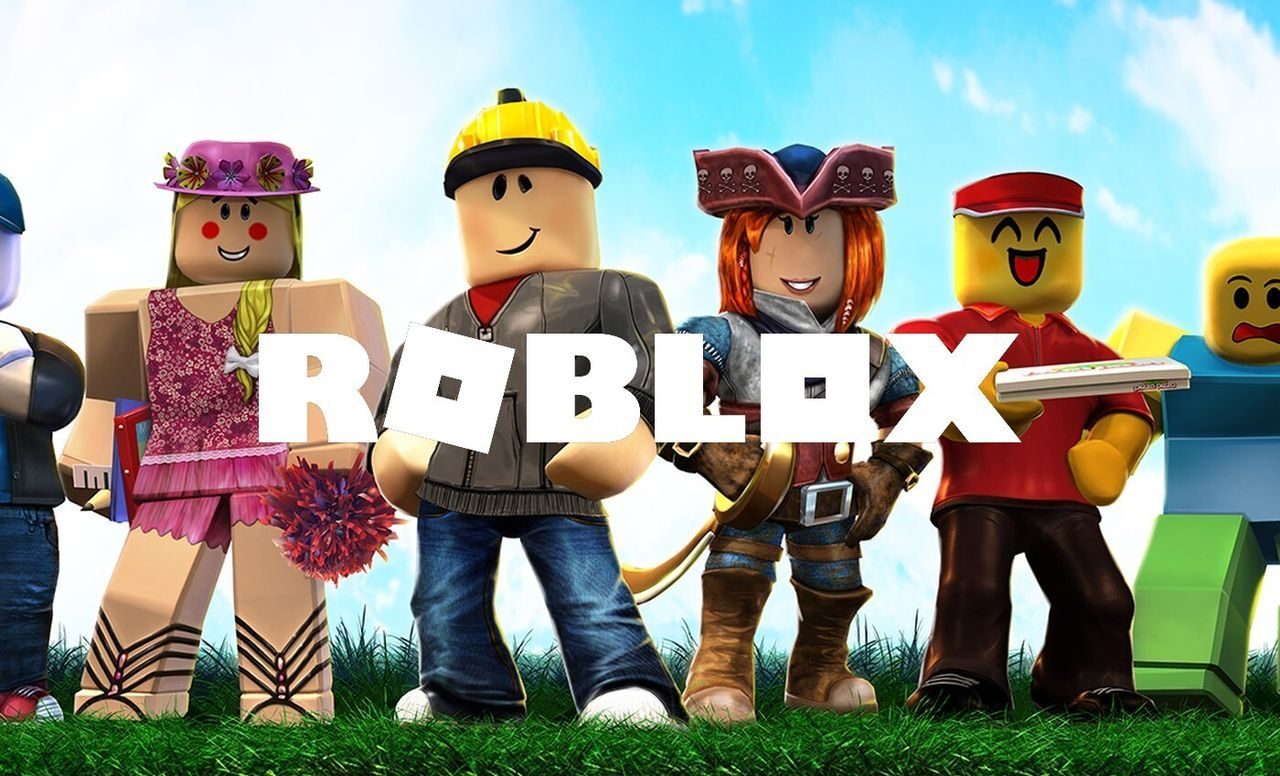 Roblox manages to do this without blockchain however, one developer recently launched an alpha version of a new blockchain-powered app (built on Polygon) in the Roblox ecosystem known as PlayDapp.

Now, the play-to-earn systems that we’ll see emerge will look much more like this new branch and upcoming platforms like The Sandbox which is powered by blockchain technologies. The Sandbox offers a crypto asset that’s used in the game called SAND that can be used to purchase in-game items and property called LAND from the platform as well as other users.

Depending on the design of a metaverse that offers a virtual real estate portion, the location of your property and the scarcity of the overall property pool will impact the value of the property for better and worse.

The Sandbox game manages to offer a finite amount of property – 166,464 units, to be exact – as NFTs that players can purchase from other players or the platform itself, depending on availability. These properties can act as hubs for many of the in-game activities – as you can imagine, a shop or venue will have better success when it’s in a high-traffic area, just as in real life. For more specifics on all the ways, LAND can earn money, click here and watch the video below for an overview of the game itself.

The Sandbox Game and others like it are ultimately driven by user-to-user exchanges, thanks to the ability to create virtually unlimited NFTs (except land, of course) that can be sold to other users or used for your own purposes (perhaps you made a nice end table for your living room or a weapon needed to play a specific game.) Much like Roblox, it features a game-building tool where users can create more traditional gaming experiences. If you watched the whole video above, this means there is an opportunity to earn through their blockchain through a variety of mechanisms – architects, designers, property owners, game players, and more.

Play-to-earn is more than just a pricing scheme; it’s a literal economy

The reason that gaming and the exchange of digital items for real currency hasn’t worked up until recently is quite simply because people will cheat.

If you play games, especially on PC, you will find cheating running rampant on many popular games. Cheating can be anything from innocuous “buffs” you give yourself by editing certain data files to give yourself an advantage in an offline, single-player game to more obnoxious instances where people do things such as give themselves excessive numbers of an absurdly beneficial item that use PvP (player-versus-player) contests.

It has been a major topic among players in Call of Duty Warzone (and Vanguard) because it’s so pervasive since the game is cross-platform.

And like any Internet-connected software, games can be conduits for malware that can cause substantial harm, depending on its reach, as the recent RCE (Remote Code Execution) malware in Dark Souls 3 which is also thick with players who have to cheat because they never “got gud.”

Malware aside, there are mods everywhere for just about everything. Now imagine, if you had a system where you pay users cash for earning an in-game currency and a mod comes out that people use to bump their currency up to whatever they please.

Have fun sorting that mess out.

Roblox has managed to do it up until now but it requires a substantial effort on their part to ensure that player analytics are closely monitored and inventory data is synced.

The beauty of blockchain is that, by design, the exchange of cryptocurrencies used in the game, as well as NFTs, can be tracked and verified through the ledger system – it can’t be easily thwarted as they’re virtually immune to a single “hacker” that attempts to make unauthorized changes or a fake transaction.

Cryptocurrencies and NFTs provide secure mechanisms that not only prevent people from cheating in a game or metaverse but further serve as an infrastructure for a real economy. Of course, success will depend on how you design tokens and the usefulness or application of any NFTs you decide to integrate.

As such, your monetization model for yourself will look much different than traditional marketplaces where there’s a direct exchange of a service or goods for real-world currency as you need to create an economy that’s not only profitable for you but your users as well. Interestingly, this more-or-less mandates that your platform is ethical as those who are playing to earn want to, well, earn.

With that said, the whole “how to build a functioning economy” topic is pretty big so we’ll save that for another day.

Though blockchain isn’t a solution for everything, it is ideal for the next evolution in online communities. Functioning, blockchain-powered platforms are ideal for not only gaming but more casual experiences with objects and currencies that can transcend virtual boundaries.

If you want to learn more or discuss your idea – whether or not it’s blockchain-driven – get in touch!