Fame. Money. Power. Just like rockstars, tech entrepreneurs have it all – especially app developers. I mean, they just get to play

in their own personal playground everyday, right? Reveling in their Objective-C programming awesomeness every step of the way? From time to time, they even get featured on certain hottest guys in tech lists. But it’s not all glitz, and neither is it all fun. App developers work, too. 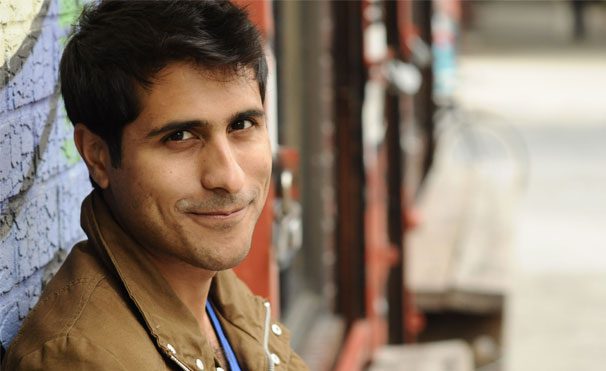 Recently, I stalked Bobby Gill, app developer, resident Editor, and Founder of Blue Label Labs, around the streets of hipsterville Williamsburg to see exactly what he does all day. What I found may actually surprise you.

6.30 AM – Rise and shine. The rooster in his head crows and Bobby awakens.

6.32 AM – At Blue Label Labs, they tell everyone that they live and breathe development. That’s not just sales talk. Right when he wakes up, while preparing his tea and Weetabix (the multitasker that he is), Bobby checks his email and deals with any issues or questions from his development team in India. 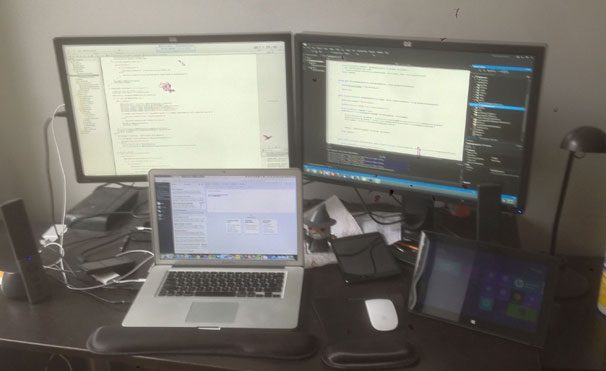 Once business is taken cared of, Bobby quickly switches gears and works on this site (the one you’re looking at). If there’s a new post coming up, he puts on his wide-brimmed Editor-in-Chief Gandalf hat and spends the next few hours doing everything from editing content to adding pictures, SEO metadata, and other stuff I don’t like to do. He’ll then hit up about twenty to thirty websites to share and spread new content across the web.

No, that’s not a typo. “It’s a real song and dance here at IdeatoAppster!” he declares.

“Once a week, I’ll also do 1-2 hours of SEO analysis on our apps and websites to see how they are ranking on the app store and on the web in general. We use SEOMOZ.com to view rankings and track linkbacks to our properties,” he chatted on.

Part of his morning analysis routine is looking at sales and download trends for their own apps, crunching numbers and wondering out loud, “Whyyyyyy don’t more people download our stuff?!” (It’s kind of scary actually).

“Now I’ll be working on some client stuff, which includes mocking up or writing specifications for a client app we are building,” he tells me. He also takes this time to test builds from his developers and approve their work before sending them off to review by the client. He then deals with client emails and requests about changes or fixes to the apps they’ve built.

Clearly, Bobby is focused on his clients. So focused that he apparently never eats lunch.

“Late afternoon is all about business development,” Bobby explains. “This usually consists of meeting with potential clients or following up on leads we receive through various channels. A lot of this is back and forth to understand what the client wants to build, if our team can build it and then the requisite costing and scheduling questions.”

Still not having eaten lunch, it’s amazing how the Energizer Bobby keeps on going. He and his team usually have one or two of their own ‘creative’ projects going on (see Bahndr, Dani’s List), so the magic spills on over.

“Usually, I’m writing Objective-C code when we build these things,” he says nonchalantly, flexing a bicep. “Some of our creative projects aren’t apps, though, but websites or other back end ideas, so watch out for those and prepare to be amazed.”

For two-and-a-half hours, Bobby goes for a walk, meditates then finally grabs a bite to eat. Some nights, there will be Criff. Others, drunken noodles. He’ll even make violent love to brisket every now and then, but you didn’t hear it from me.

“It’s back to business when I get back home,” he tells me. He’ll follow up on some emails he received during the day and returns other correspondence he’s been procrastinating on. “If I am feeling particularly amped, I’ll spit some more code on one of our creative endeavors.”

By this time, Bobby’s developers in India are just coming online, so he Skypes briefly with them to gauge their progress, answer questions and set out goals for things to be completed by the morning.

By 1 AM, Bobby is likely snuggled up in his snuggies. He’s off to a world where he dreams of apps, crepes, and apps about crepes. And being a rockstar, too.

We all know that app store ratings and app reviews can play a major role in an app’s success. Research indicates consumers generally trust online reviews. Thus, whether or not…