A Look at the Effects of Google Banishing 3rd Party Cookies

A few major changes are in the works for the sake of improving using privacy – between Apple deprecating IDFA and Google’s effort to phase out third-party cookies in Chrome, user experience on the web will begin to shift. These major changes will have a significant impact on how developers build websites as well as marketing functions that use this data to understand behavior, identify potential buyers, and blast them with appealing ads.

To improve user privacy, major providers like Apple, Google, Mozilla, and others have elected to ditch some problematic elements from technology that exposes personal information. While these efforts mean well, this is a tall order to fill. Axing these tracking systems will require a fairly significant overhaul to major components of the Internet’s backend that will manifest in ways we don’t yet fully understand. Let’s start by taking a look at technologies that are tracking your behavior then we’ll finish up by discussing what the future looks like with new processes in place.

Everything you use has some manner of tracking-related identifier intrinsically attached to it that works like a special kind of SKU. There’s one for your device like IDFA or Google AdID which are used in lieu of a real name or email address by analytics systems to record your session data like actions taken while using an app and any metadata the app is allowed to access like a location.

Then there’s the more conceptual practice of browser fingerprinting where certain sites collect information through your browser app by running scripts that record specs and settings that, when combined, can reveal a potentially unique user instance that you can learn more about here. To summarize, browser fingerprinting occurs because scripts on websites run API calls that collect comprehensive information about the device you’re using. Everything from the machine’s internal hardware components to browser settings come together to create a profile that works as a unique identifier as it’s uncommon for two machines to share the exact same configuration.

Finally, third-party (or tracking) cookies are files loaded to a device through an ad running on a site that gather as much information about your session as possible so advertisers can learn from your behavior and push relevant content your way. These cookies are dropped onto a machine by a website running an ad that not only records if and how you interact with the ad but other actions you take on the site –

essentially, any page that loads from the same ad network will track your session data by referencing this same cookie. Ad networks look for this cookie on your machine whenever you visit any site that uses their platform, thus allowing them to continue syncing information about your behavior so they can deliver ads suited to your tastes.

These three technologies, though different, are like three characters in a story whose actions all contribute to the overall plot. While each works independently with some overlap here and there, it’s all brought together by attribution networks which are like the narrator of the story. These entities essentially weave together different collections of data for identity resolution as part of a multi-touch attribution process.

Severing the third-party cookie component of this whole system puts a halt to a highly intrusive process that tracks as much information as it can pull while you browse the web. Thus, a user’s entire web session won’t be visible through third-party cookies for all to see. Instead, a user’s web history will exist as fragments that only the user will be able to piece together, at least in theory.

But like Hydra of Lerna, there’s a chance for new issues to emerge after cutting off each “head” attacking user privacy. Just as Heracles had to enlist the help of Iolaus to cauterize the wound from each severed head until the beast was slain, a similar effort might need to come into play to prevent data from being abused by a new system.

A web without third-party cookies and other tracking technologies

Over time, practices in marketing using the above tracking systems have grown to become a fundamental driver for much of what we see on the Internet but it’s come with a price. The current ecosystem of the Internet is mostly free and accessible as we “pay” through the data we allow sites and apps to collect. Once these systems are completely gone, an era comes to an end to give rise to an age of more paywalls.

In an almost Hollywood-like progression, these shady little bits of technology have ballooned into some over-the-top entity that’s lost sight of its vision to become the villain. Here, third-party cookies are like Walter White or Darth Vader in the sense that they’ve gone from well-intentioned to something dark and complex. Now that we’re in the final entry of this saga, the universe should die now that character storylines have to come to an end. Of course, in modern Hollywood, there’s always a spinoff.

Right now, we have two technologies on the table that look to be successors, at least in the short term. Apple offers an SDK known as SKAdNetwork that provides a more privacy-focused API that will allow developers to notify ad networks when an app is installed and when an ad results in a conversion. This will most likely be used in place IDFA and either refined into a feasible system that truly protects data or killed off after it proves to be like two hydra heads that replaced a severed one.

Next, we have the Federated Learning of Cohorts or FLoC from Google that plans to replace third-party cookies with a new system that’s controlled by the browser. In short, this technology aims to take the reins of activity tracking by profiling user activity and creating a “behavioral label” that can be shared with ad networks and websites. While it works differently than third-party cookies, it mostly rearranges the data collection and distribution process while keeping the same troubling elements that lead them to their demise. Though it should offer some improvement to individual privacy, it’s just a new shade of lipstick on the same pig.

Something is also in the works for eliminating browser fingerprinting by following in the footsteps of Mozilla with Firefox’s anti-fingerprinting measures but Google hasn’t had much to say on the matter since 2019. They stated that they would limit the number of API calls per project, per IP address but this doesn’t really solve the problem as developers quickly figured how to collect the same data more efficiently. Because Google doesn’t appear to be going much further than this, we’re likely going to see ad networks turn to a heavy reliance on browser fingerprinting for the immediate future.

If your business is heavily driven by the use of or sale of ads, you’d best strap in because everything is about to change. Advertising isn’t going to come to end but adaptation to all the above will take some time. Creating standards around emerging frameworks will define new development practices for developers and processes for technical marketers to keep businesses profitable.

The problem is that both solutions on deck already have glaring shortcomings – we’re likely going to see that significant privacy concerns persist and less effective advertising, especially in the short term. What this means is that there will be a need for constant adaptation until the majorities on both sides of the equation are satisfied.

The most telling indicators to measure how these changes play out will be through the performance of freemium mobile and web apps. Products that thrive with their current in-app purchasing (IAP) model won’t be heavily affected but those that rely on (or will require) ad revenue will need to alter their structure to maintain a sufficient stream of revenue. Each app will be a little different but the premise will be about the same – most apps should introduce a paid tier that’s one step below their “starter-level” pricing to convert non-paying customers who are on the cusp of buying. Even something like a small purchase of a few dollars to permanently remove ads from free apps would be a good starting point until we collectively understand exactly how aggressive these new hydra heads might be.

We’re ready to roll with the changes to tracking technology

We are a forward-thinking group of technology experts who build solutions for not just the modern era, but with the future in mind. Blue Label Labs understand how important this issue is for the businesses we support and the users of the apps we build. This will certainly be an issue that will require a lot of tinkering until these up-and-coming systems are tweaked to perform at an acceptable level or are scrapped in favor of something better. Change is a consistent part of what we do so we’re well prepared for this new era. To learn more or discuss your idea with us, feel free to reach out and get in touch. 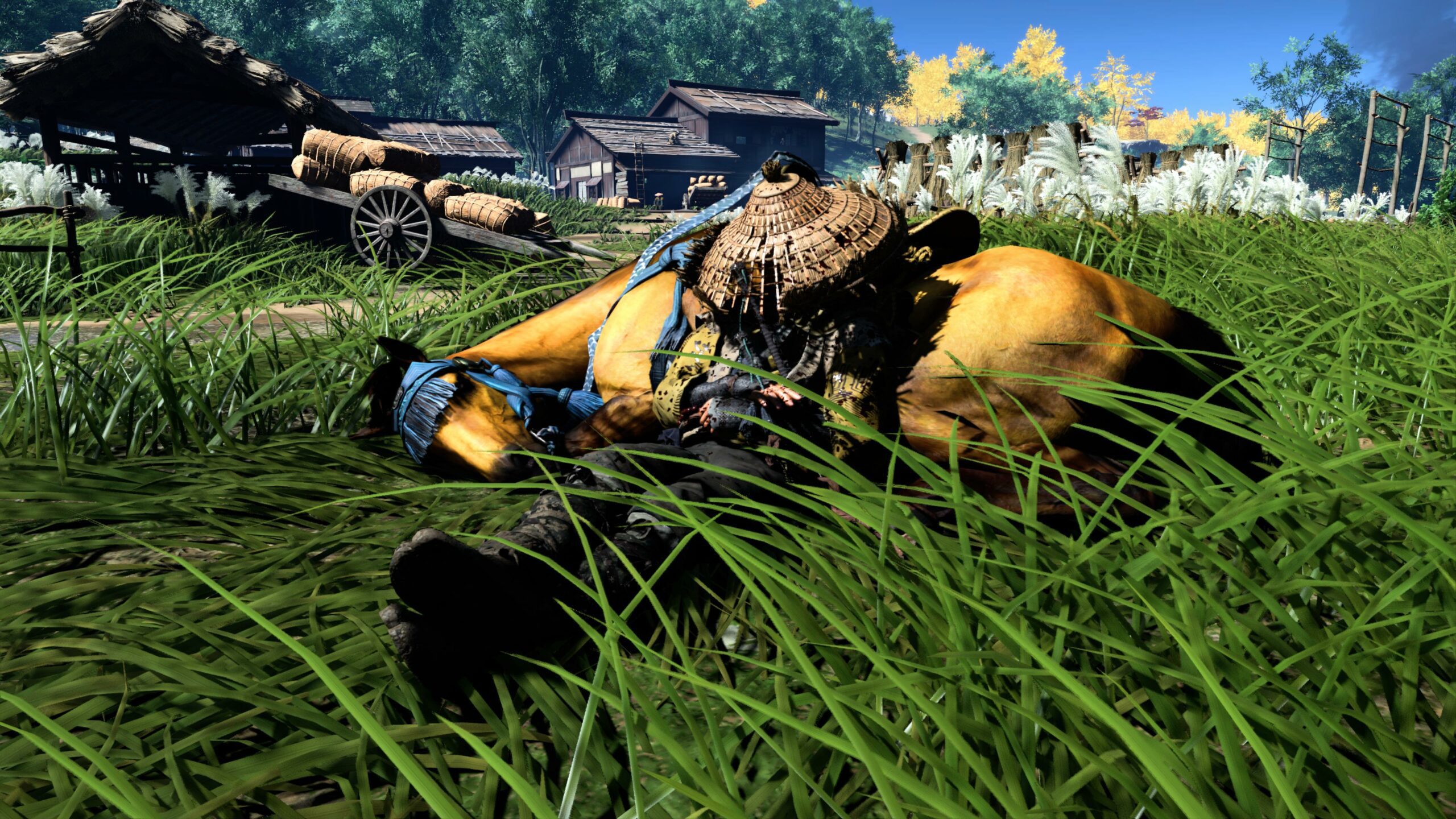