Do you really need an app for that? 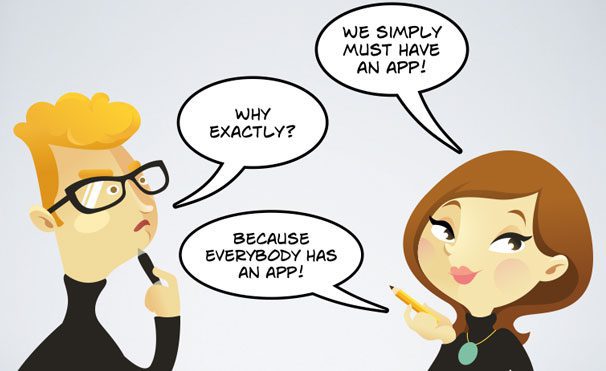 The world hath gone mad for apps. You might blame the late Steve Jobs for releasing this scourge upon us, or media outlets that have turned dropping the ‘app’-bomb into a sign of their tech savvy. From Fortune 500s, to fortune tellers, a collective sense of FOMO seems to compel every business to believe that their future is staked on having an app to call their own. However, the truth is that lots of businesses really don’t need an app.

Wait, before you open a comment can of whoop ass on the importance of the post-PC revolution and businesses being mobile enabled, know that an ‘app’ isn’t the only way for a business to become mobile enabled. Instead of spending the thousands of dollars and months of time developing a native app from scratch, many businesses would be better served by taking their existing web pages and modifying them to be mobile friendly (or “Responsive Web Design” for the buzzword obsessed) 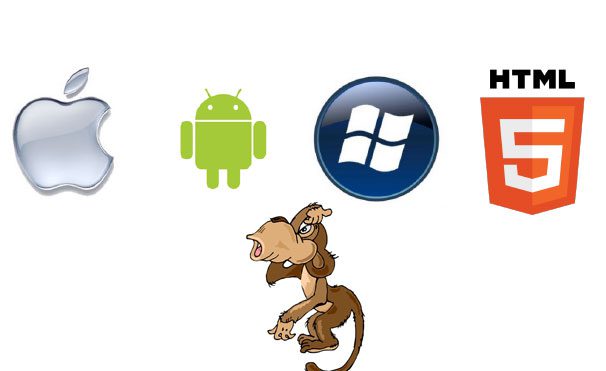 Apps are great, but here’s the thing: they take a lot of time and money to build, and after all that your app will only work on one type of phone. To take an iPhone app and make it work on an Android requires almost a total duplication of effort and time, but then once you got the Android app what about the schmucks on a Windows Phone or gasp, people on a plain old desktop computer?

Before you jump on the app bandwagon, ask yourself is your app just a re-organized version of your web site? If so, then you probably don’t need an app, you can get away with a mobile friendly web site. Ah yes, the web site; that old vestige of the 20th century. Truth is that today’s web browsers are powerful enough that when combined with HTML5, CSS and JQuery make it very simple to design a single web site that looks good on every device, from a desktop to any mobile smartphone. Yes Matilda, you can make web sites that look, talk, walk and smell like an app at a fraction of the cost and with the added bonus of having it be accessible from any type of device. 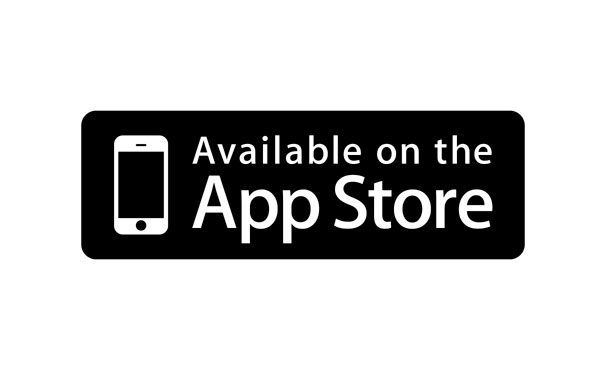 Don’t forget that by building an app and releasing it on the app store, you are now cutting in Apple/Google/Microsoft to 30% of the revenue your app brings in!. For established e-commerce web sites, you’d be hard pressed to justify that 30% take when your existing WordPress/Drupal deployment is already setup to process PayPal and credit card transactions.

There is one nice thing about apps, they have cute icons that people can open them with and when they launch they aren’t boxed up in a web browser shell. With the advent of hybrid app frameworks like PhoneGap and Titanium, existing HTML5 web sites can be made it into apps without requiring a complete rebuild of the site as a native app.

Not all app ideas can or should be made as mobile web sites,  think an alarm clock or a location based dating app as two good examples. But for everyday businesses that already have  web sites, before you jump on the app bandwagon ask yourself: do you really need an app for that?

How does music affect player performance in your game?

When playing your mobile app games, do you play better with the…

A Primer on Prioritization

If you are about to embark on a mobile project, get ready…